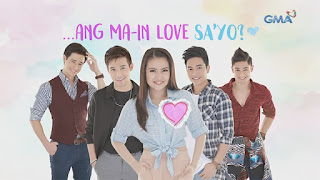 Meant to Be is a Philippine romance-comedy television drama broadcast by GMA Network starring Barbie Forteza, Ken Chan, Jak Roberto, Ivan Dorschner, and Addy Raj. It premiered on January 9, 2017 on GMA Telebabad block replacing Someone to Watch Over Me.