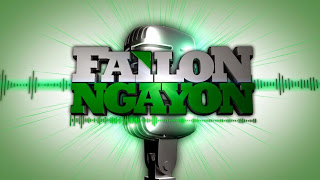 Failon Ngayon (Lit. Failon Today) is a leading public affairs news show and public service program aired by ABS-CBN. It is hosted by Ted Failon and was launched on October 24, 2009. Failon Ngayon also refers to the radio program Failon currently hosts on DZMM and DZMM TeleRadyo since September 2011; however the radio program remains a talk show format similar to Failon's former programs Tambalang Failon at Sanchez and Tambalang Failon at Webb. It is aired every Saturday at 4:00pm, after Ipaglaban Mo! and before S.O.C.O. Failon Ngayon is aired daily Monday through Friday from 8:00am to 10:00am on DZMM Radyo Patrol 630 kHz AM and DZMM TeleRadyo.