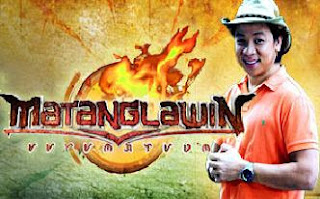 Matanglawin is a weekly science-environmental educational show hosted by Kim Atienza, popularly known as Kuya Kim. Matanglawin tackling on various subjects. It is aired on ABS-CBN every Sunday mornings at 10:00 AM, with replays daily on Knowledge Channel, Tuesdays at 2:00 PM and Wednesdays at 1:00 AM on DZMM TeleRadyo. The show premiered on March 24, 2008 as a late-night program before it was moved to its current time schedule.