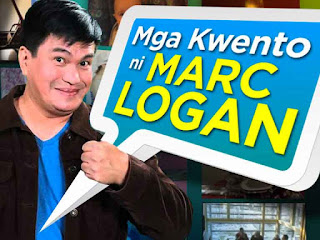 Mga Kwento ni Marc Logan (lit. Stories of Marc Logan) is a Philippine reality television show by ABS-CBN it is the viral and social media and hosted by Marc Logan. It shows every Saturday at 4:45pm to 5:15pm