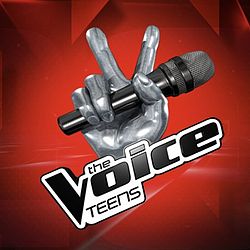 The Voice Teens is a Philippine reality television singing competition for teenagers that will be airing on ABS-CBN. It is based on the Dutch reality singing competition of the same name. The coaches and judges of the show are composed of Lea Salonga, Bamboo Mañalac, Sharon Cuneta and Sarah Geronimo.
This will be the third version of The Voice franchise, after The Voice of the Philippines and The Voice Kids; this will also be the second The Voice Teens franchise in the world and the first in Asia.It first airing on April 16, 2017, replacing Your Face Sounds Familiar: Kids. The show will be hosted by Toni Gonzaga and Luis Manzano.