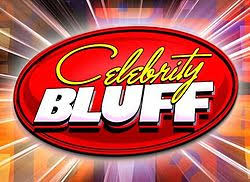 Celebrity Bluff is a Philippine comedy game show presented by Eugene Domingo and broadcast by GMA Network. The program premiered nationwide on November 17, 2012 and worldwide on November 24, 2012 via GMA Pinoy TV. The show originally featured the comic-duo Jose Manalo and Wally Bayola as the original members of the "Gangnammms" (also known as Celebrity Bluffers), which now includes the "Master Bluffer" Edu Manzano along with the returning Celebrity Bluffers, Boobay and Brod Pete. The program marked the beginning of its 13th season on June 3, 2017, replacing the evening variety show Full House Tonight in its former Saturday primetime timeslot.