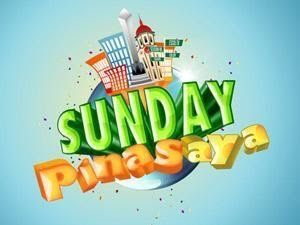 Sunday PinaSaya (also known as SPS) is a Philippine Sunday noontime comedy-variety show broadcast by GMA Network. The program premiered on August 9, 2015 as the successor to Sunday All Stars on the network's Sunday Grande block and is also aired worldwide via GMA Pinoy TV.